Business Action on the SDGs: Insights from the Ministry of Foreign Affairs of the Netherlands 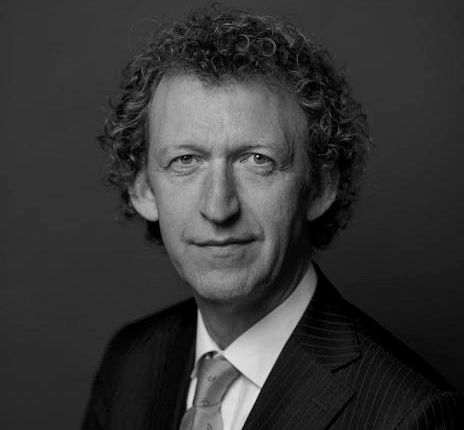 Hugo von Meijenfeldt, Coordinator Implementation SDGs at the Ministry of Foreign Affairs of the Netherlands shares how the Ministry Foreign Affairs collaborates with Dutch businesses on the SDGs. This interview forms part of a series entitled ‘Leader Insights: Business Action on the Sustainable Development Goals’. The full series can be accessed here.

Q. Last year, Corporate Citizenship undertook research that showed that whilst many companies know about the SDGs, not all clear on what they can do about them. What do you think is the role of business in contributing to Goals?

Let’s turn your question around and ask: how can the SDGs support the ambitions of companies? That’s the way I’d think about this. We find that companies reach out to us, to work with government, because they want to be more sustainable. Therefore, we help them by providing guidance on how to approach the SDGs and their underlying targets.

A second consideration is how to think about these goals. The 17 Goals are indivisible. Really, we should be thinking of them as cross-cutting goals. They provide a direction of where a company wants to be in 15 years.  The results need to be quantifiable. Above all, they must be viewed as an opportunity. The SDGs simply cannot be seen as a bureaucratic, top-down exercise.

Q. The UN Summit Outcome Document, Transforming Our World: the 2030 Agenda for Sustainable Development calls on all member states to develop national strategies on the SDGs. What is the Ministry’s role in this process and how does the private sector factor into this?

In the Netherlands, the government has taken a leading role in the implementation of the SDGs. The Ministry of Foreign Affairs is the appointed coordinator and network for the SDGs and respective stakeholders. We engaged the private sector early on in the process that led to the adoption of the SDGs. While we had a strong national process in the Netherlands at the global level, we also had Paul Polman, the CEO of Unilever, who has been a driving force behind the SDGs for businesses, championing causes such as sustainable consumption and production, anti-corruption, human rights and so on. Cooperation between the Ministry and business – as well as other ministries such as the Ministry of Environment or Economic Affairs – has been critical, not only on a policy level, but also to build up concrete partnerships. As a result, we are seeing several platforms and multi-stakeholder partnerships getting off the ground across the country.

Q. One year on from their launch, what kind of an influence have you seen the SDGs having on the private sector in the Netherlands?

The private sector has shown increasing interest in engaging with the SGDs, even before they were adopted. For example, Dutch companies started the Global Goals Charter in December 2014, looking ahead and anticipating the adoption of the SDGs, even though negotiations were still taking place. Seventy signatories have now signed up.

We have a growing number of coalitions of companies and multi-stakeholder initiatives focusing on industry value chains.  For example, an agreement has been signed for garment and textile industry, which incorporates the SDGs, including human rights, water usage in developing countries, the real cost of transport, contamination of water and air. Thanks to this agreement, customers visiting the large retail stores in the Netherlands do not need to view each label separately as the stores showcase upfront that they signed up the agreement.  Customers know that products have taken into consideration aspects such as human rights, pollution or water.

Some people now say that we need to make sustainability reporting mandatory by law. We also see growing interest in integrated reporting and even auditors are taking a proactive interest in the SDGs. In fact, the auditors are also progressive when it comes to the SGDs. So while these instruments are not new per se, we are seeing a desire to integrate SDGs, which is in line with what the government thinks. There is no need to reinvent the wheel.

Q. Which sectors do you expect to take the lead in driving the SDG agenda?

The financial sector used to be very conservative. However, they have significantly changed now and many consider the SDGs when thinking about their finance and investment risks. For example, ING, the largest bank in the Netherlands, has developed a policy against investing in coal-fired power plants. It is essential that financial institutions, pension funds and insurance companies do good, as well as think of their own financial interests. This is of course very optimistic and still a niche area. However, one niche that is really growing quite rapidly and could soon become mainstream is impact finance.

Other sectors making progress are food and energy sector, primarily forced by legislation and consumers. In fact, consumers have their own quality standards such as no child labour in the food supply chain, while energy consumers demand renewable energy in the Netherlands. Again, Unilever, one of the biggest world’s food producers, is very close to consumers and also very sustainable. In the energy field, the Netherlands is lagging behind in regard to renewable energy; however things are beginning to change.

Q. How do you think the SDGs, as a universal framework, will change the nature of collaboration between government and the private sector, if at all?

For centuries the Dutch have had a tradition of public-private partnerships. But now, the nature of collaboration is changing. Instead of keeping separate, formal responsibilities, various agreements have been signed in which parties lose a bit of their sovereignty and hand over the controlling power of the agreement to the government.  All signatories to an agreement must also consider the interest of other parties, before acting individually in a way that could negatively impact other parties.

One thing we have learnt is the values that guide a shared collaboration. Above all, I’d say that loyalty and trust between partners is essential for the success of collaboration to deliver the SDGs.

Corporate Citizenship would like to thank Hugo for contributing to the Leader Insights Series. Hugo von Meijenfeldt was Dutch Consul General in San Francisco (2013-2015) and Special Envoy for Climate Change (2009-2013). He started as a legal counsel (1982-1994), head and director of several divisions (1994-2006) and finally Deputy Director General at the Ministry of the Environment (2006-2013). He can be found @HvMeijenfeldt on Twitter.