“Spontaneous” responsibility at the riot clean up 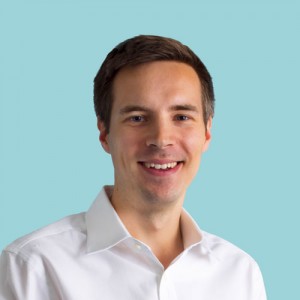 Now that the dust has settled on the riots and looting that swept theUK, how did businesses respond in the community’s hour of need? Clearly many were personally affected, but with criticism of the government and police response, it’s worth looking at how companies did.

There are several examples of organised efforts. RBS launched a £10m fund to help small businesses with interest- and fee-free loans. Waste company Biffa provided free clean up services. The Association of British Insurers provided guidance for the uninsured. And a group of accountants helped set-up Riot Rescue, an online service to match businesses with support. Easyjet emailed every Member of Parliament to help fly them back for an emergency debate in Parliament.

All well and good.

But one company stands out for what looks like a more spontaneous gesture. Employees from Sainsbury’s supermarket were pictured handing out free pastries and bottled water to help those cleaning up in Clapham,London.

Spontaneous community help from a large, listed company? Surely this was directed from HQ? But it wasn’t repeated elsewhere. Clamouring press release on the website? Nope.

This appears to have been on impulse. That’s quite rare in big companies that struggle to localise and embed their responsibility commitments and create a “values” culture.

Sainsbury’s boasts on its website that retailing is about  “supporting and helping the communities where we work, and being a good neighbour. We aim for our stores to be at the heart of the communities they serve”. So many companies say this. But on that day in that branch, the employees genuinely acted out those values (and got a fantastic, free PR win too).

Presumably, local managers felt that they both could and should go out and help. They had the autonomy as well as understanding of the company’s values to take spontaneous steps – and not fear being ticked off for not maximising shareholder returns that morning.

This is reminiscent (on a much smaller scale) of Lee Scott, CEO on Walmart, who mobilised a massive response to hurricane Katrina by telling employees: “A lot of you are going to have to make decisions above your level. Make the best decision that you can with the information that’s available to you at the time, and, above all, do the right thing”.

In an age where authenticity is fast becoming the holy grail of responsible business practices, perhaps there’s something to be learnt from this.